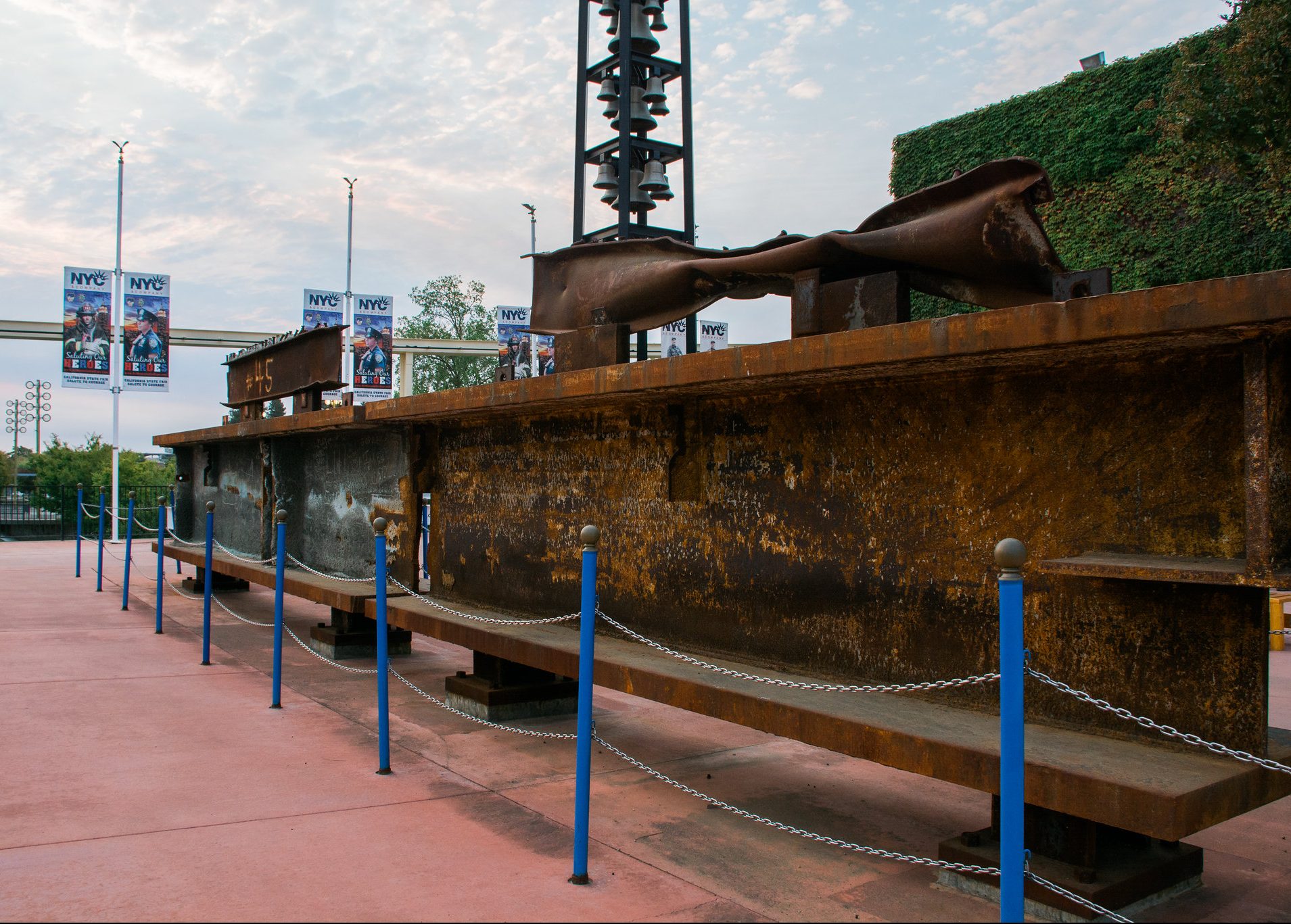 Construction of the Cal Expo memorial began a year after the attack, when Cal Expo board member Larry Davis personally acquired and donated 125,000 pounds of wreckage from the World Trade Center.

A massive I-beam extracted from Ground Zero, which had been a horizontal support beam from the North Tower, was among the debris. Davis personally arranged for the wreckage to be shipped via rail to California. Through private donations to the 501(c)(3) California State Fair Memorial Plaza Foundation, the exhibit has been expanded to include additional elements.

This permanent structure at Cal Expo is open to the public during the California State Fair, on September 11 each year, and upon request by contacting our Administration/Event Planning Departments.

In observance of 9/11, the Cal Expo September 11 Memorial Plaza is open to the public each year on September 11 to pay tribute to the victims and honor the survivors of the September 11, 2001 terror attacks and to observe the anniversary of the end of the 9/11 rescue and recovery efforts. 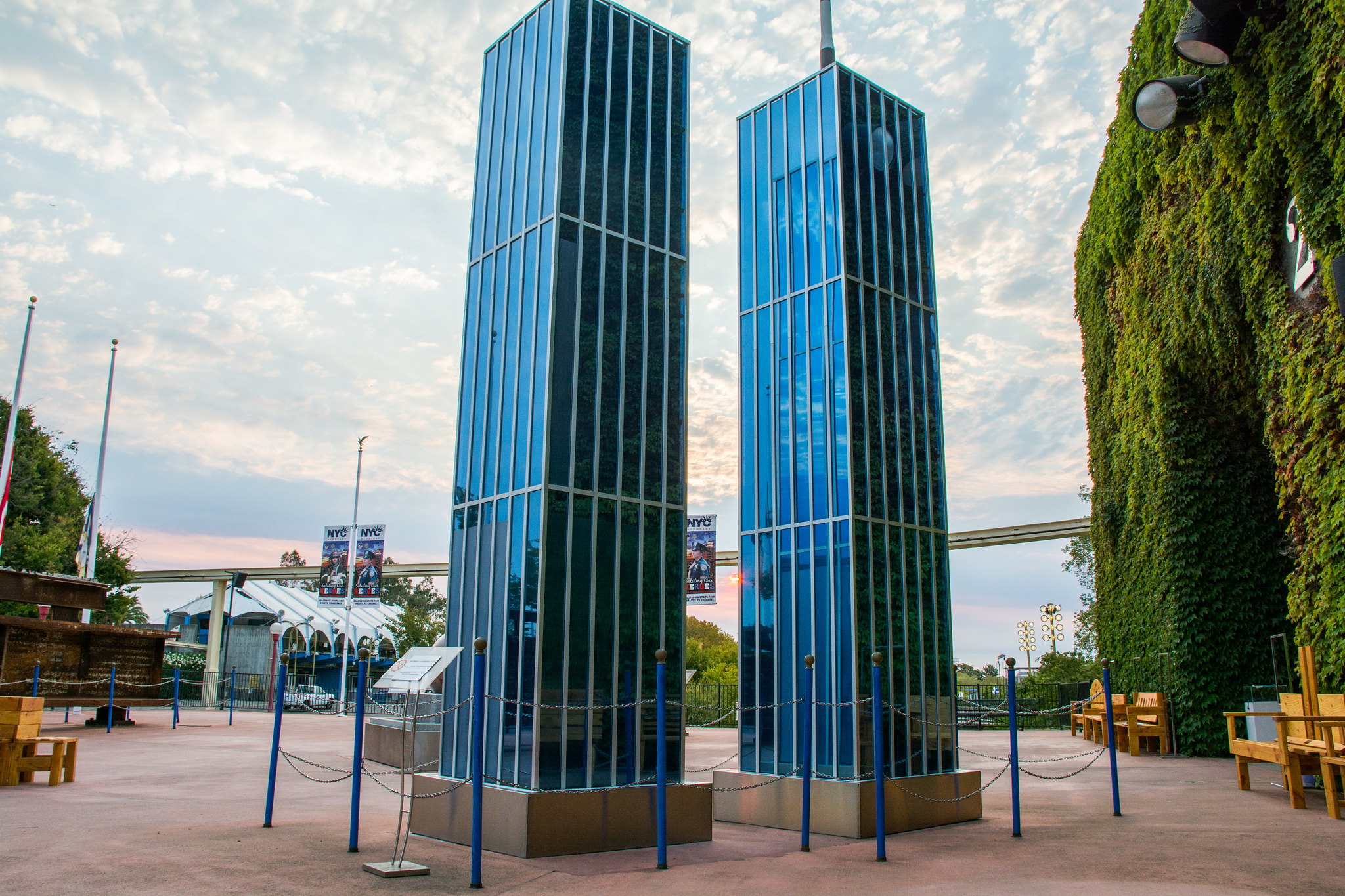 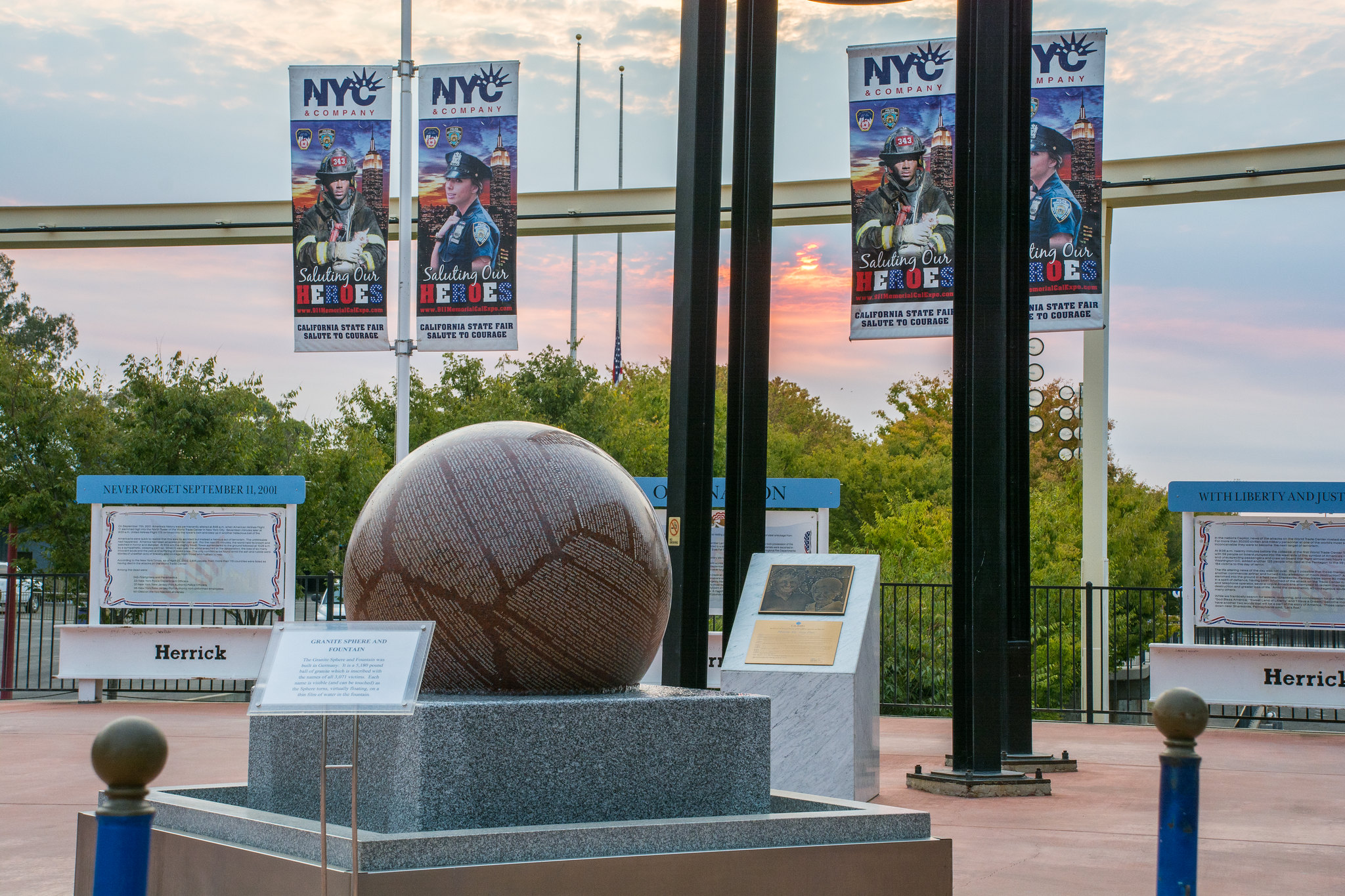 Central to the exhibit is a beautiful fountain including a granite sphere inscribed with all of the names of the September 11 victims, as well as a carillon bell tower, reflections of the World Trade Center, and individual memorials to American Airlines Flight 77, which crashed into the Pentagon, and United Airlines Flight 93, aborted in a field in Pennsylvania.

This video looks at the lives and locations of three people who were affected by the events of September 11, 2001.

Some may wonder why the Memorial is at Cal Expo and how it came to be?

It was a project of passion for one man – Larry Davis.

This video tells his story of making sure people “Never Forget” the tragedies of September 11, 2001.