Judging Open Sheep is David Cook. The Cook family started raising purebred sheep in 1891 and were showing nationally from railcars by 1906. David has been around the show ring his entire life. David judged his first National Show at Louisville in 1987 and has judged in 25 states.

David has bred National Champions in each of the breeds he has raised. He has won Supreme Awards from Maryland to California and at Louisville.

He and his wife, Lysa, won 58 Champion, Reserve Champion, and Premier Breeder awards at Louisville and National Sales over a 22 year span before dispersing the last of their purebred sheep in 2014. They now lamb out 140 Hamp cross wether dams and enjoy having someone younger do the work of getting sheep ready to show. 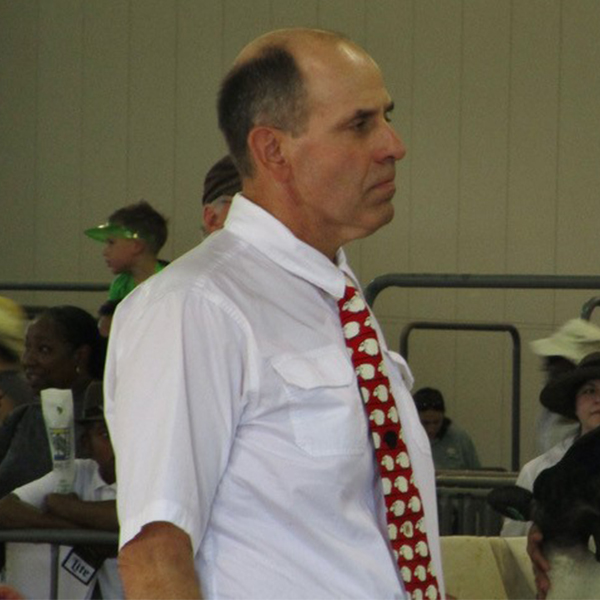