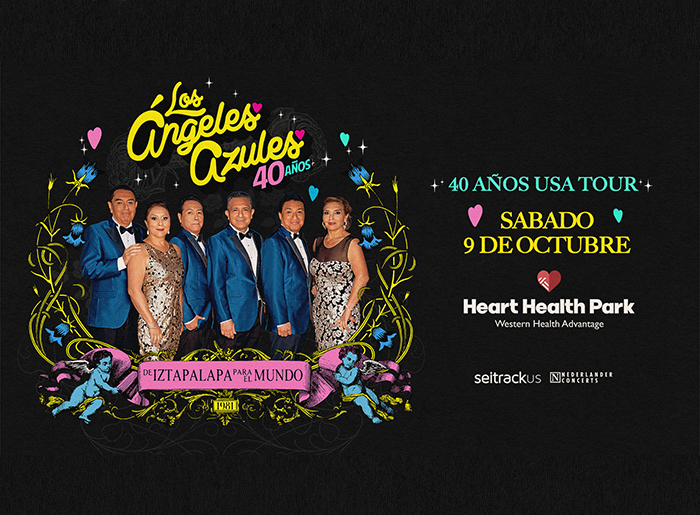 Following a year without offering live concerts, Los Ángeles Azules announce today their long-awaited “40 Años” Tour. With more than 25 concerts around the United States, the tour will make a stop at the Heart Health Park at Cal Expo on October 9, 2021, in celebration of the group’s 40 years’ career.

Purchase your tickets via Ticketmaster.com. This event date is subject to the State of California, CDC, and local government guidelines for helping the community stay safe during the COVID-19 pandemic. This is a full capacity event, and MASKS ARE REQUIRED as social distancing cannot be maintained in the venue. Thank you for your cooperation. For full U.S. government-regulated safety guidelines, please visit cdc.gov/covid19.

Hailing from Iztapalapa, Mexico, Los Ángeles Azules are cumbia’s largest exponents worldwide, having taken their music to the most important stages and international festivals such as Vive Latino and Coachella.

Recently, the group was recognized with the Premio Lo Nuestro- Cumbia Legacy Award.

In this new tour, fans will be able to enjoy classics such as “Cómo Te Voy a Olvidar” and “El Listón de tu Pelo”, as well as many more surprises in celebration of their 40 years’ career.

Country in the Park